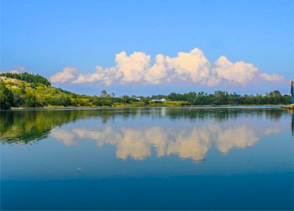 Pennfield was erected in 1786 as one of the county’s original parishes; it included most of modern Lepreau Parish and the northern boundary was slightly south of where it is today. Pennfield annexed the unassigned lands to the north of the parish in 1850. Lepreau Parish was erected as its own parish in 1857. Clarendon Parish was erected as its own parish in 1869, including the northern part of Pennfield. The parish was named by Quaker Loyalist settlers of the area for William Penn, early Quaker leader and founder of Pennsylvania.[8]

Pennfield Parish’s boundaries use both metes and bounds: on the north by a line running true west from the southernmost corner of Queens County; on the east by a line running true north from the mouth of the Pocologan River; on the west by a prolongation north and south of the western line of a 1000-acre grant straddling Lake Utopia and then along a line running through the Letang River and Letang Harbour; and on the south by the Bay of Fundy. The parish also includes any islands with two miles (3.2 kilometres) of the shore and The Wolves, a group of islands more than five miles (eight kilometres) offshore.